T’was his intent
To blow up king and parliament.

The Gunpowder Plot would probably have never been discovered had the conspirators not sent a warning letter to Lord Monteagle. The letter caused so much suspicion that the undercroft beneath the Houses of Parliament was searched, leading to the discovery of Guy Fawkes and the barrels of gunpowder. 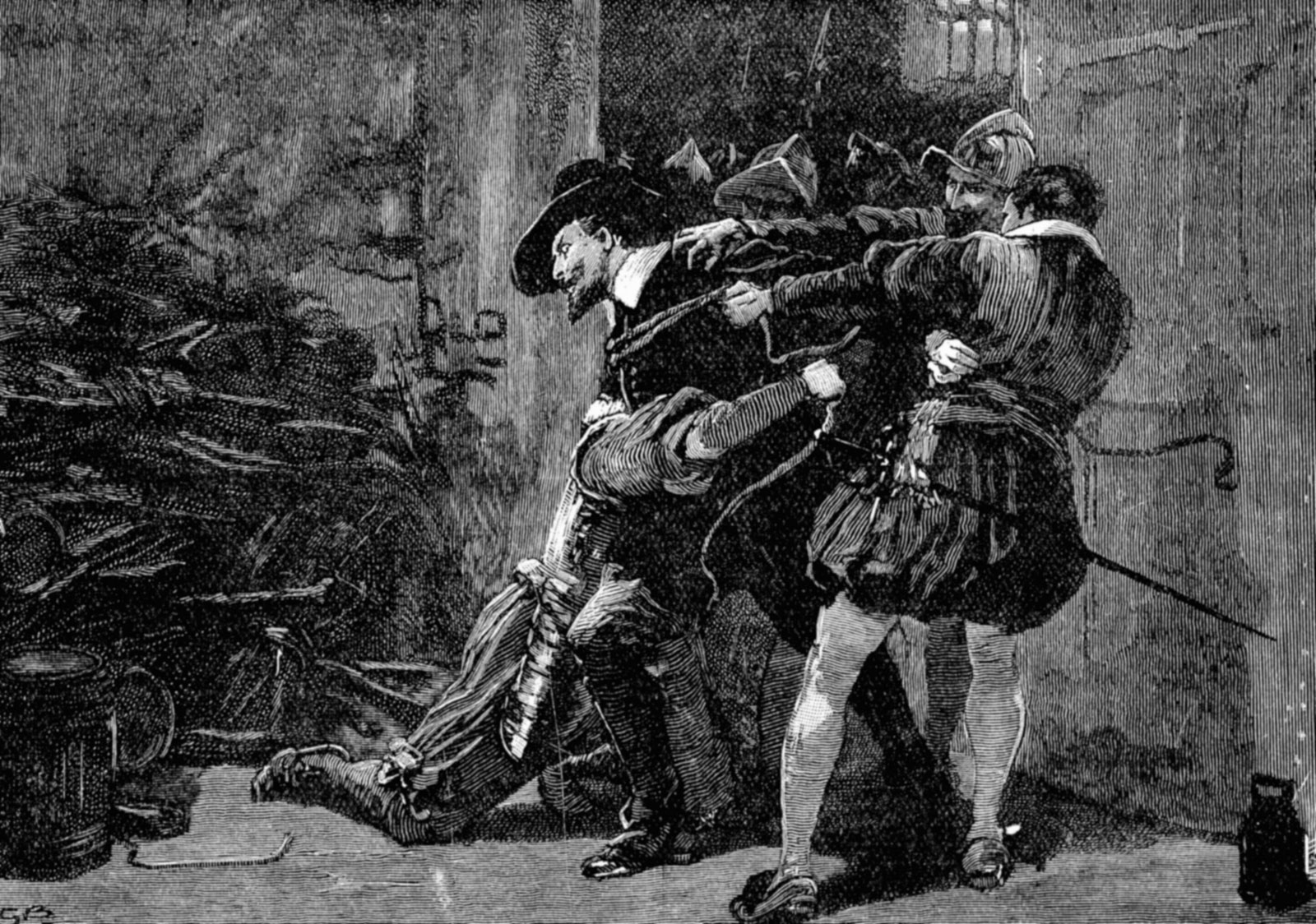